After getting off to a good start in Voorschoten, Pedak relocated to Egchel (North Limburg). Pedak thinks big and even in the early years when it operated under sole proprietorship, it took its place among the big names by participating in the HET Instrument trade fair, which is held every other year. They even hired hostesses to ensure all visitors to the Pedak stand could be helped. By visiting trade fairs throughout Europe, Pedak managed to keep abreast of the latest developments from the outset. 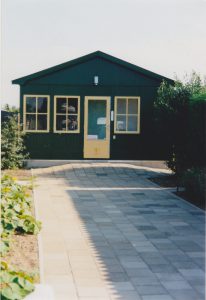 The first Pedak office in Heythuysen 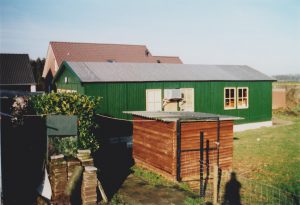 The first Pedak office in Heythuysen

In 1996, the first employee, Roland Vossen, was recruited. Soon, Roland would take over from Siegfried, which meant Pedak relocating to Roland’s hometown of Heythuysen. In 2006, Pedak moved out of an office unit in the back garden, to the impressive premises on the Arenbos business park in Heythuysen.

None of this would have been possible without a strong and effective team. We have since evolved into a great team of enthusiastic employees headed by proud Director Roland Vossen. Although still a relatively small player, Pedak ranks among the big names, not only in the Netherlands but throughout Europe. Pedak still thinks big and in terms of solutions, just as it did in 1975. Pedak never takes the easiest route because we prefer to work on finding the perfect answer to any measurement question.

On more than one occasion, we reached the conclusion that the perfect answer did not yet exist, resulting in a number of interesting innovations made possible by the expertise and creativity of our team. For example, we developed a book monitoring system that is even used in the Vatican library; we developed a wireless measuring and logging system for temperature and climate, and we recently developed a cleanroom display to show the status and climate inside operating theatres, laboratories and cleanrooms that went on to win a major innovation award.

Any questions or would you like to receive a quote? Let us know by filling out the form below and our sales team will get in touch.

You are using an outdated web browser

This website uses modern techniques that are not supported by your web browser. Update my web browser